The adapter is a Zigbee Certified Product when it is used with RP controllers and automation servers. The adapter is compliant with Zigbee 3.0.

The adapter works seamlessly within EcoStruxure Building Management systems so that Zigbee objects become easily available to the user.

The adapter’s compact design allows it to plug in to RP controllers or automation servers in tight spaces and the optional mounting cradle, wall plate, and USB cable extension allow for the choice of a wall, ceiling, or exterior of the enclosure mount to maximize the transmission and reception of signals from distributed Zigbee devices. 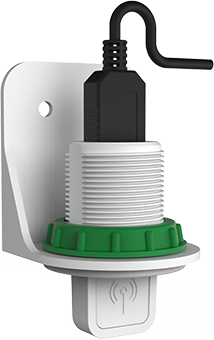 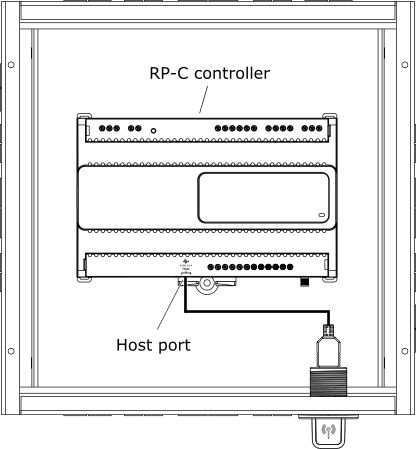 The adapter must be professionally installed to avoid harmful interference to radio communications and to maintain the regulatory compliance and approvals for the device. For more information, see Wireless Adapter - Advanced Regulatory Compliance and Approvals .

In WorkStation, the firmware of the adapter will be automatically updated when you update the RP controller or automation server to which it is connected.