This section provides grounding and power recommendations for system configurations with the RP-C controller models that support 24 VAC/DC input power.

System with a local transformer

You can use one local transformer for each RP-C controller (with its connected devices) to minimize any problems with ground loops and disturbances.

Use the following recommendations to design a good working system: 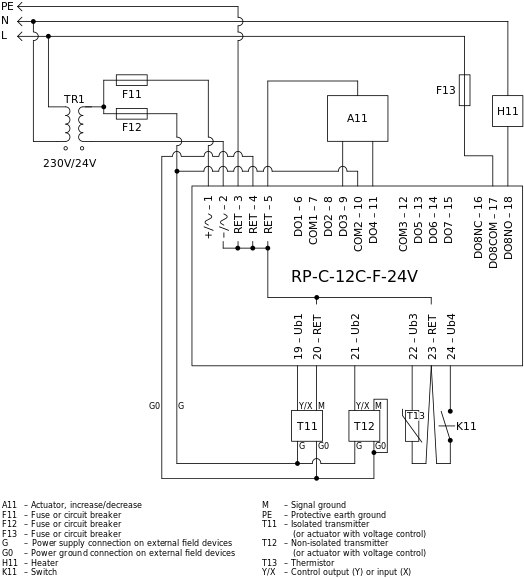 The fuses F11 and F12 may be combined into a single fuse (circuit breaker).

System with a common transformer

Powering more than one RP-C controller from a common transformer is acceptable when the controllers are installed within the same cabinet, or directly adjacent cabinets connected with conduit.

Use the following recommendations to design a good working system: 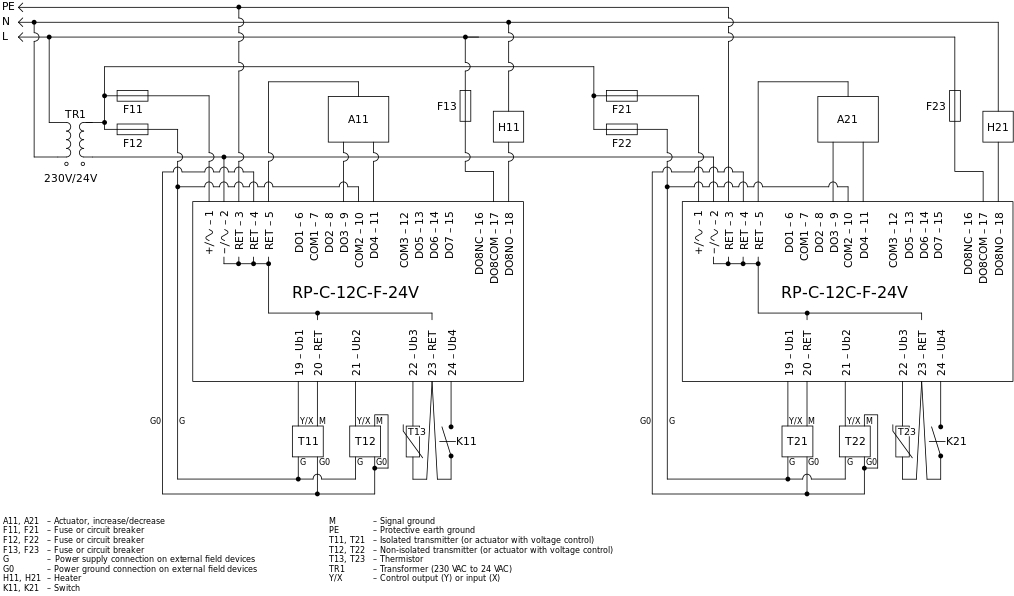